Interview With the Hero from Nancy Weeks's Romantic Suspense, IN THE SHADOW OF EVIL 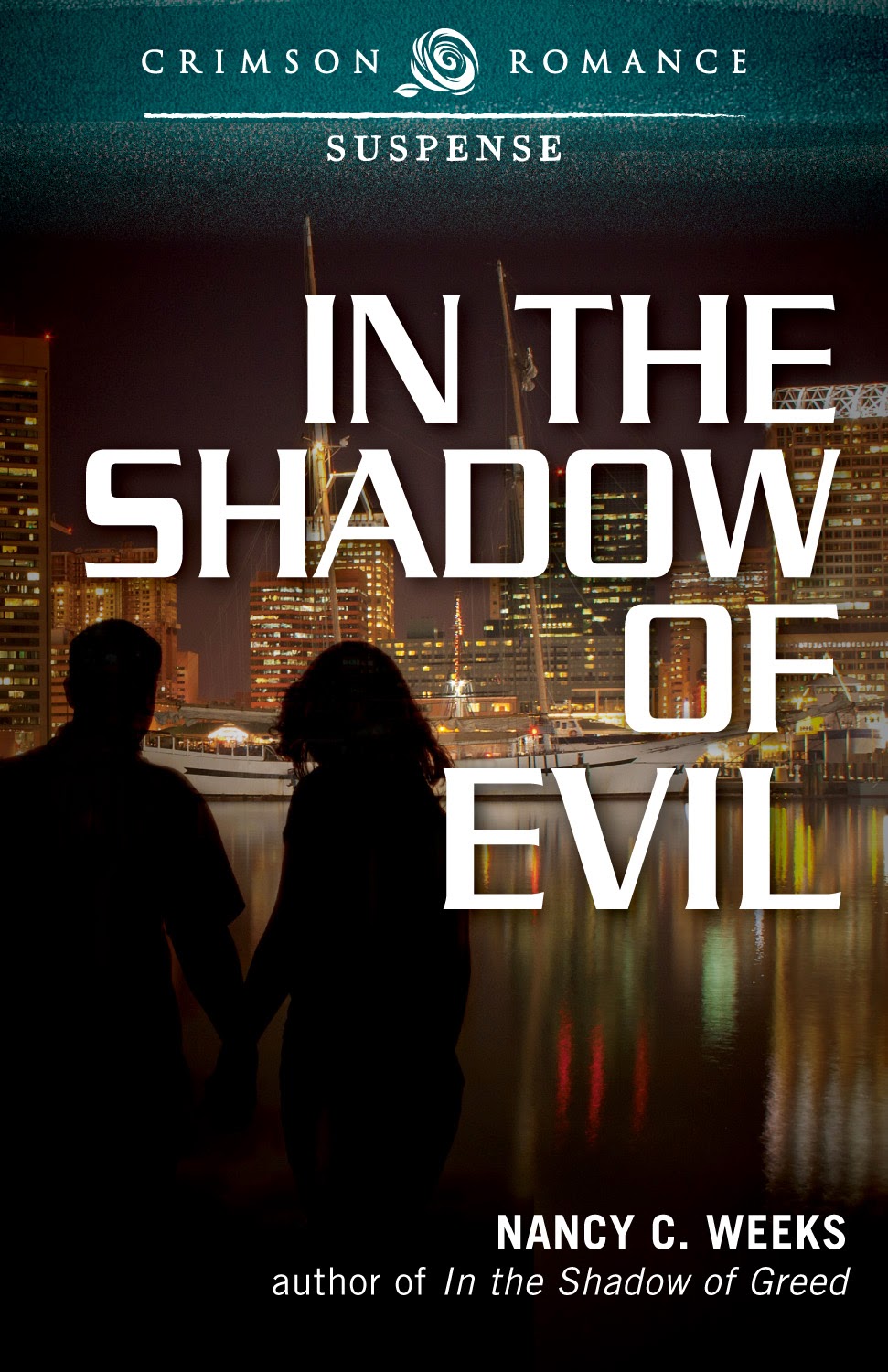 Detective Jared McNeil talks about his role in Nancy C. Weeks’s romantic suspense, In the Shadow of Evil from Crimson Romance:

Nancy C. Weeks has loved happy-ever-after romances since she was in her early teens. While still in college, she met and married her hero and spent the next several years honeymooning and working overseas. Today, she lives in suburban Maryland with her husband of more than thirty years. Her two children are in college and she spends her days out on her deck writing as the local bird population keeps her company. She loves to hear from her readers.
Link where you can find out more about Nancy C. Weeks:
http://nancycweeks.com
http://nancycweeksauthor.blogspot.com
https://www.facebook.com/NancyCWeeksAuthor
@NancyCWeeks
Buy links for In the Shadow of Evil and In the Shadow of Greed

IN THE SHADOW OF EVIL:

IN THE SHADOW OF GREED